Where the Hell Has the Nubbly Bit of the Bacon Gone? After arriving in Chicago around 1990 fresh off the boat from London, I was dumbfounded about one particular food mystery: The case of the missing nubbly bit from the bacon. You American's were being duped into thinking that this was real bacon! These were only rashers (streaky bacon in the UK) and they were heavily smoked...and I mean heavily like someone had been in the back room of a tobacconist with the bacon and smoked a carton of Marlboros, and not the light kind. Now, of course I love the stuff.

So what the hell had happened to the round piece? How on earth can you make a decent bacon butty (sandwich) with the best part missing in action? Eventually after much detecting, I found out what had happened to the missing nubbly part of the bacon. Some well-meaning and well-mannered Canadian removed it, compressing it into a soggy, unnatural cylinder shape and called it Canadian bacon. That of course is not true, so why is it called Canadian bacon?

During the mid 1800's, the United Kingdom was forced to import meat from Canada due to a pork shortage. Once imported, the English would cure the back meat in a special brine and smoke it. Americans in the U.K. liked the meat, so they brought it back to the United States and gave it the name Canadian bacon due to its origins. Only Americans refer to this bacon as Canadian bacon (Reference.com) Once I had gotten over my grieving for the nubbly part of the bacon, I was free to immerse myself in my new city. If I were to tell you that it was an overwhelming experience, then that would be a huge understatement. Everything was so gigantic, cars, highways, grocery stores, Michigan Avenue, food portions, Lake Michigan, which was hard for me to believe that it wasn't an ocean. Going to the grocery store would send me into an absolute tail spin of anxiety, how the hell do you choose a breakfast cereal? it was just too much, I mean who needs a whole aisle? Back home in the UK I was used to Cornflakes, Weetabix or Rice Krispies. Don't even get me started on salad dressing choices. Food culture shock slapped me in the face big time, why didn't restaurants serve hot tea with milk, and why the blazes was everyone drinking their tea cold? Why was there so much ice in beverages? back home we never put ice in our pop (soda). Why did nobody butter the bread before making a sandwich? Why wasn't malt vinegar offered with chips (French fries)? Why did everything come with soup, salad or fries? Where was the chicken in the Chicken Fried Steak?

When my sister came to visit I took her out for Sunday brunch, she decided to order pancakes. In the UK pancakes are usually paper thin crepes with sugar and lemon, so that’s what we were expecting, what we got were a giant stack of thick, fluffy buttermilk pancakes, something neither one of us had seen before. She asked me what the scoop of yellow fluffy stuff was that came with it. I wasn’t sure, but said with authority that it was ice cream, she put a giant spoonful in her mouth and looked at me in horror, it was of course butter, and being that we were in a group of people and she was English and polite, she had to swallow it. Good times. 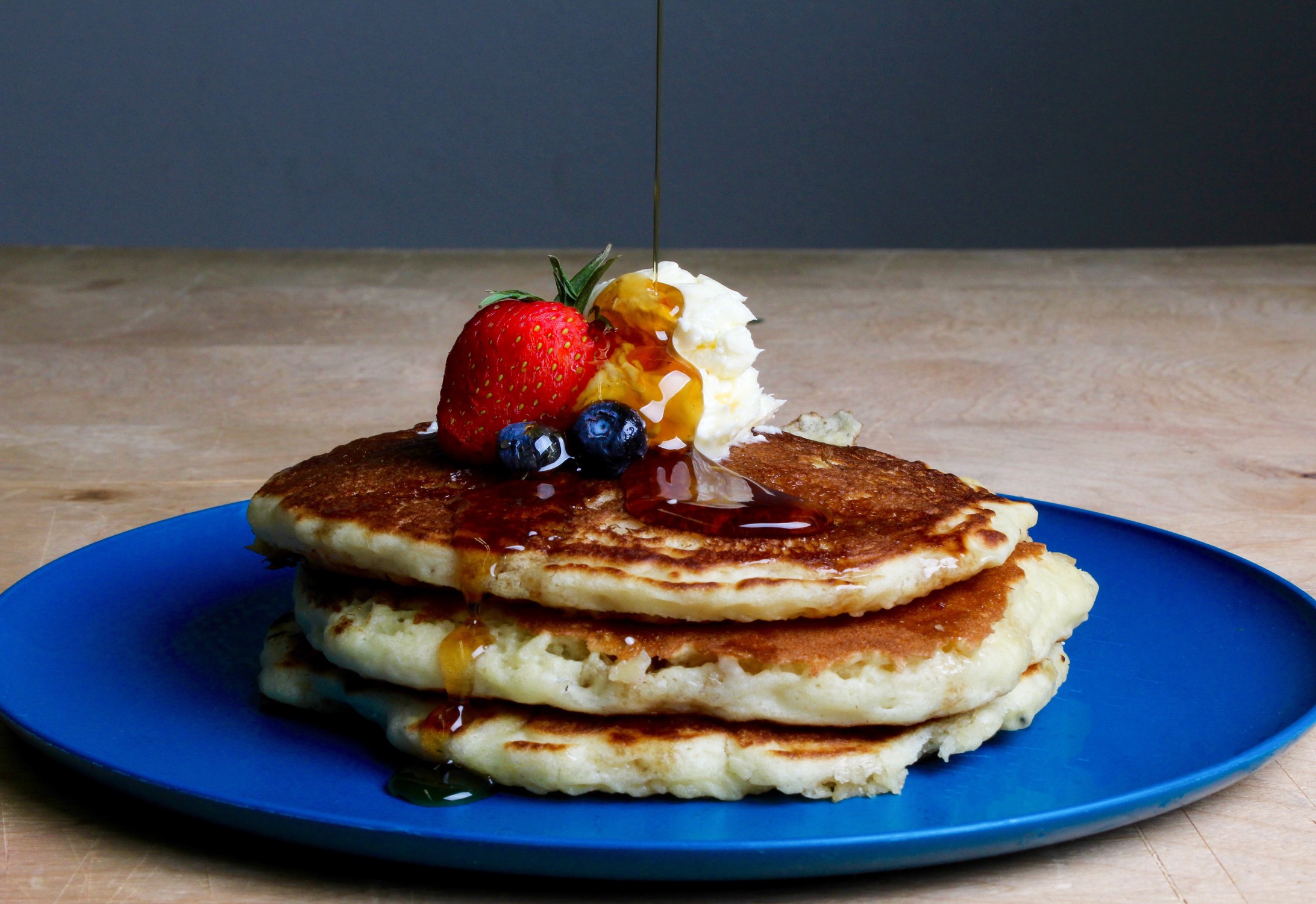